The project: a story of sustainability

For years we had the dream of opening a maison d’hôtes or guesthouse or, as it’s called in Italy, an “rooms for rent” (a less attractive definition). In our personal and professional experiences, we had much assistance.
So, one day, we wrote words down as they came from our hearts, words describing what had to be part of this project: nature, scenery, hospitality, village, charm, tourism, travel, telling tales, create, change, understand, find the time… This happened in the middle of the economic crisis. Paradoxically, it seemed to be the perfect moment to do it! We told ourselves that the crisis is best beat by slowing down, not accelerating. 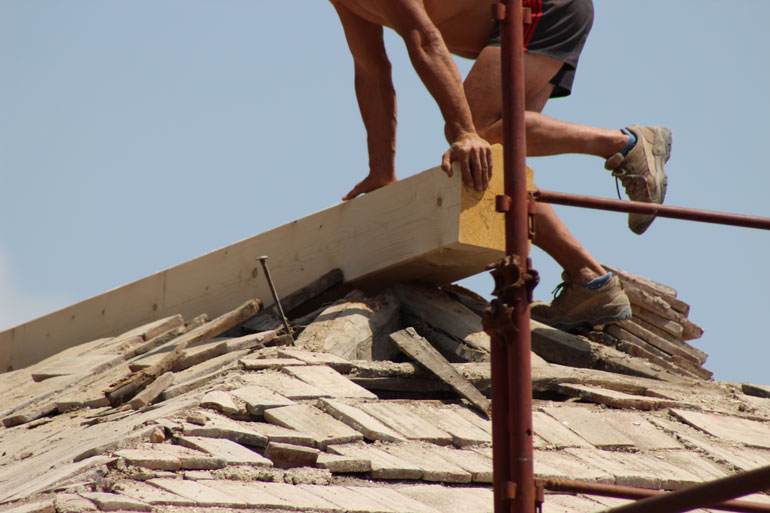 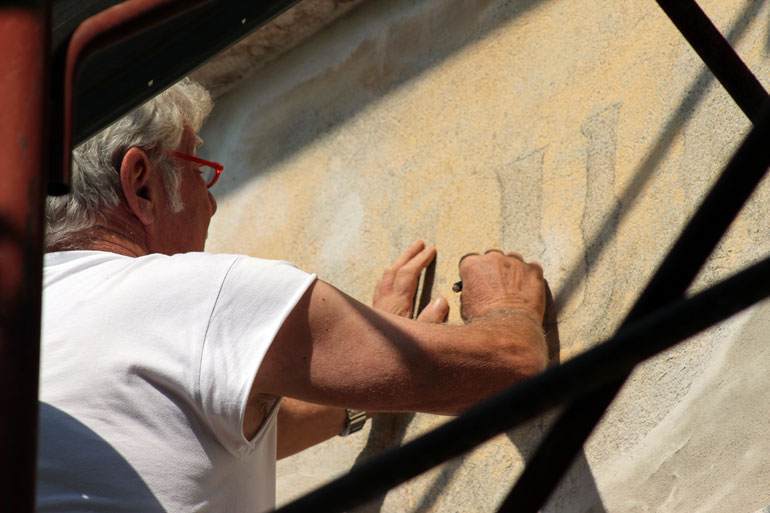 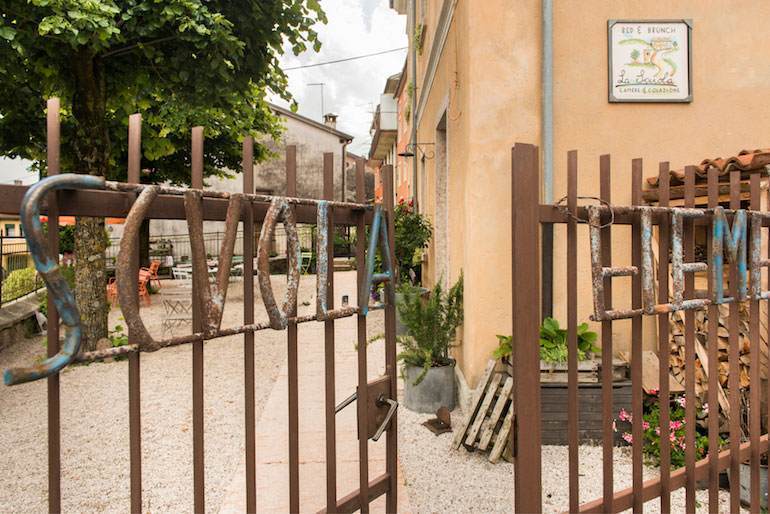 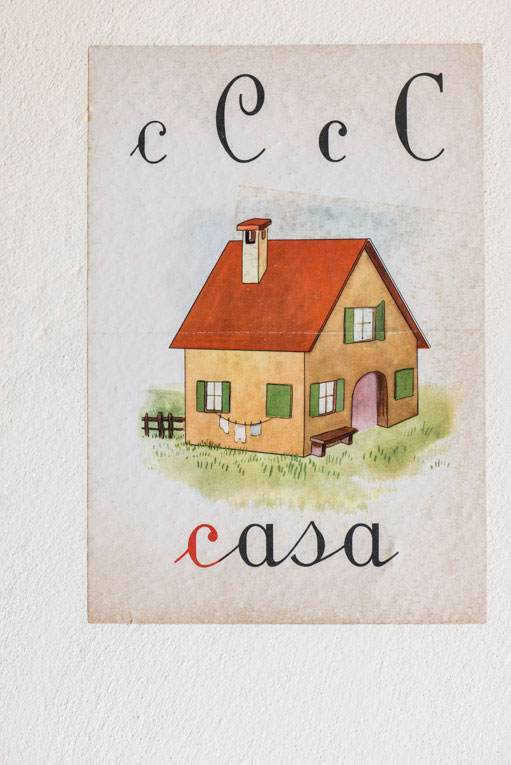 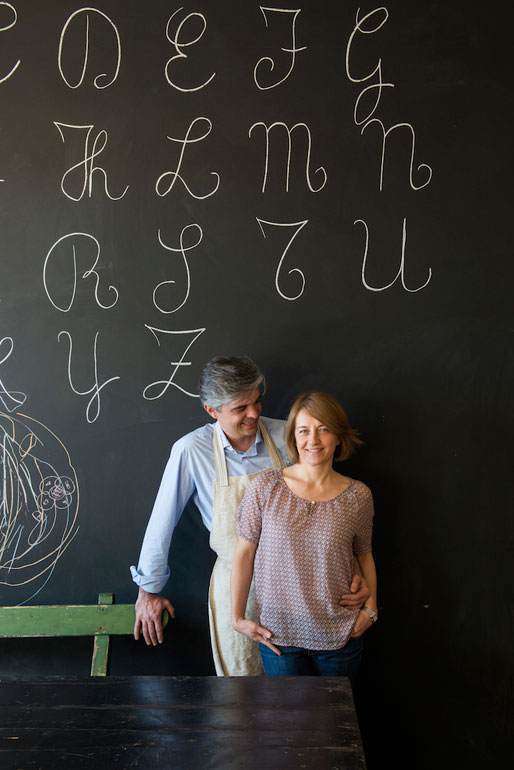 When we found the old school, it was like a lightning bolt! It was perfect.
Built during the 1920s, it was a school until the beginning of the 1970s. There were so many children, that there were two shifts, morning and afternoon classes. Some attended through eighth grade, but many stopped at fifth grade. From the Seventies on, it was inhabited by friars, local people and “vacationers” who passed through during summer months.
We have so many childhood memories that the people in this place enjoy, happy to find someone that can give them back such jewels.

We set out some imperatives: the restoration would be preservationist and keep the most beautiful parts of the building (facade, roof, floors, shadows, doors and windows) and we would work only with local workers and companies, we would use local banks that would be inspired to support a project in their own area and, finally, we would create something unique but accessible to everyone.
We would be personally involved and perform as much as the work that we could by ourselves.

These choices repaid us with great satisfaction because the local workers are extremely skilled – Lusiana has its own school of masonry and the Lusiana masons have constructed great works of art around the world – some even thanked us for having brought business into the local economy and the local Authorities accepted us with great warmth and a spirit of local cooperation that supported us through the entirety of this project.

“Tourism of the future? It starts with the locals, their quality of life, their capacity for happiness, their care for the land where they live. Tourists will arrive as a result.“

A territory worth discovering.

“(…) when they arrived at the Mazze, where from the Vent the view over the far away plain is lost, following the deviousness of the Brenta and the Astico, the fragrance of narcissus that inebriates: the pastures were whiter than flowers and greener than grass.”

Nozio Affiliate
Booking the hotel directly with no extra middleman costs: this is the right choice for economically sustainable, good value, authentic and high-quality tourism. Nozio has selected this hotel because it offers you:

FeelGood
FeelGood is the Network of Excellence in Altopiano Hospitality, that will make you experience unique and exclusive holidays. Discover here the FeelGood Experiences and choose to stay in this accommodation to live an Authentic Exeperience on the Altopiano!